Preliminary to the Champions Hockey League

The year of the title defense began excellent with SCB’s participation in the newly created preparatory tournament European Trophy, the precursor to the Champions Hockey League. As second of the group the team of Larry Huras qualified for the final tournament in Salzburg and Zell am See. The Bernese there reached the semi-finals and, in the game for 3rd place, defeated Färjestad BK with a 3:1. However, 3 international games within 3 days only one week before the season started did not pass by the team without a trace: SCB started with a 1:4 defeat in Zug and, in the further course of the qualification, had a hard time for a long time to find their desired rhythm.

In the end SCB finished the regular season in 3rd place – far behind HC Davos and Kloten Flyers. SCL Tigers, who qualified themselves for the playoffs for the first time, were the opponent in the playoff quarterfinals, therefore it was a traditional derby against them. SCB won the series with a straight 4:0 (3:1, 4:2, 5:0 and 3:2 OT) which turned out to be very deceptive with regards to the following semi-finals against Kloten Flyers. In the semi-finals against Kloten Flyers it showed clearly that SCB wasn’t ready from the beginning. They lost the first three games. But then they switched and now won three times in a row well with 2:1, 4:1 and 5:1. This happened not least also because the previously most successful formation with Jean-Pierre Vigier, Brett McLean and Marc Reichert trumpeted again after the return of the injured Vigier and McLean.

It came to the “showdown” in Kloten in which SCB fell behind already in the 12th minute. All efforts of SCB in the following 48 minutes were of no use, the Bernese just could not equalize and so the season for SCB ended in the semi-finals with a total score of 3:4. Thanks to the brilliant catch-up in the semi-finals which inspired the SCB crowd one could name it  a “good” season in the end. 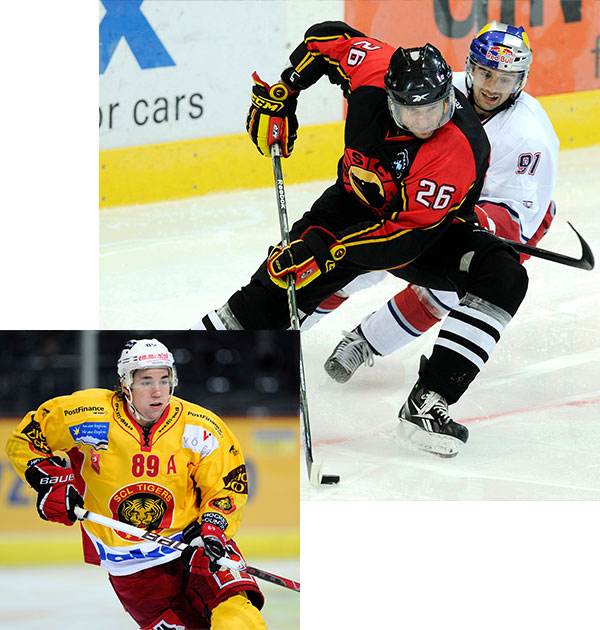