The third season under head coach Larry Huras began reasonably satisfactory on the athletic side but the way of playing the games could in no way convince the spectators. Increasing numbers of absent season ticket holders prompted the Club management on October 21, 2011 to indemnify the head coach after 17 rounds and a 1:2 home defeat in overtime.

Huras’ assistant Antti Törmänen who had replaced Hans Kossmann in summer (Kossmann had left for Gottéron) became the new head coach. Lars Leuenberger, head coach of the elite juniors up until then, became the Finn’s assistant. SCB started a lively phase now and won nine out of the following eleven games. Thanks to a more creative game style the joy and fun also returned with the spectators. A long intermediate low with five defeats in a row during the Christmas season then raised doubts, however. SCB finished the qualification round with a 1:4 home defeat against Ambri-Piotta after a very modest performance and ranked only in fifth place of the score board. And again, SCB met the Kloten Flyers in the playoffs, this time in the quarterfinals already.

“Z” won in Berne with 2:1 in overtime and they also won game 6 with 6:3 in Zurich. Like two years ago the decisive seventh game for the championship had to be played at PostFinance-Arena. As already in the previous five playoff games PostFinance Arena was sold out with 17’131 spectators. SCB dominated the finalissima during more than 50 minutes but also a couple of minutes before the end the score was only 1:1. Zurich came up stronger in the last phase and when the crowd and probably also some of the protagonists had adjusted to the thought of playing an overtime the unthinkable happened: 2,5 seconds before the whistle Zurich shot the 2:1, a highly controversial goal, and with that they won the title. The Berne players as well as the spectators showed greatness in defeat and maintained exemplary fair. 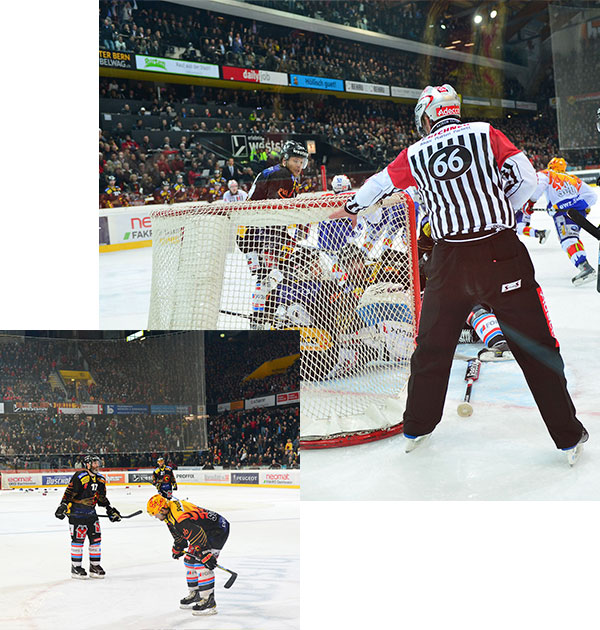